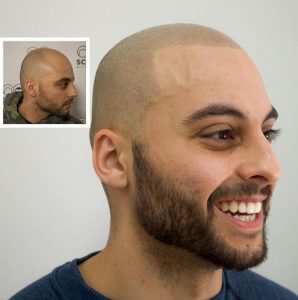 Micropigmentation is a type of cosmetic tattooing that fades and eventually disappears after 2 to 3 years. It is achieved by implanting non-permanent pigments with a specific micron at a specific depth into the skin. This is what separates micropigmentation from permanent tattooing typically associated with body art.

Semi-permanent makeup, which is also referred to as cosmetic tattooing, involves using micropigmentation for implanting pigment, which mimics makeup applied in the popular parts of the face. Treatments include lip liner, eyeliner, eyebrows, lip blush, and lip color.

Eyebrows are usually enhanced and repaired or reshaped. Lips can be redefined and given the illusion of a fuller look. Eyeliner is usually applied as either a very subtle lash line or with varying thicknesses depending on the person’s preferences.

Eyebrow procedures range from a dusting shadow powder effect to individual hair strokes for a very natural look. Whatever look is selected, the eyebrow can be transformed into a work of art, framing the face to give you either a natural and soft or dramatic eyebrow.

Eyeliner is often applied as a very subtle enhancement for the eyelashes or a dramatic sultry eye. A simple natural outline can be used to define the lips or they can be colored to give a lipstick effect or cover dark lips.

The more recent techniques, which include Latino eyes and glitter eyeshadow effect as well as 3D lips or eyebrows are for more advanced technicians but will give you a great look that lasts.

In all cases, an eyebrow pencil is used to draw on the shape and look prior to the application of any pigments. Pigment color and tone are mixed and then applied according to the requirements of the client.

The same non-permanent pigments are used in medical micropigmentation to conceal damage or skin imperfections. Scar removal and concealment, areola reconstruction, alopecia, vitiligo, and tattoo removal are some of the most popular treatments. 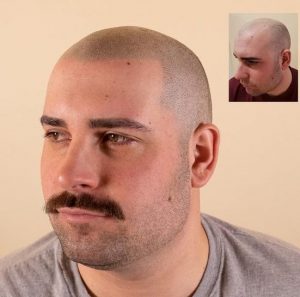 A micropigmentation process known as MCA and dry needling is performed on the scar for scar removal, which activates the body’s natural collagen beneath the skin. This results in flattening of the scar and in most instances re-pigments the scar so that it looks more like the surrounding undamaged skin.

If the MCA and dry needling procedure fails to result in re-pigmentation, then a procedure known as skin camouflage is used. Non-permanent pigments matching the skin tone are used for skin camouflage to camouflage the area so that it looks more like the surrounding skin.

The same skin camouflage procedure can also be used in situations where there’s pigment loss to the skin, which makes it highly beneficial to people with vitiligo.

Micropigmentation can also be used for post-surgery areola tattooing. The procedure is for people that have undergone breast reduction surgery where the nipple has been removed or people that have had breast cancer and their nipple was removed. Areola tattooing involves using micropigmentation to implant pigments and create a fake areola. Light and shadow tones are then used to achieve a very natural 3D look.

The same micropigmentation needles and machines are used for tattoo removal, but instead of using pigment, specially formulated removals creams are used. The cream attaches itself to the pigment and is expelled naturally from the skin over several weeks. The pigment is expelled as the cream is expelled.

Hair and scalp micropigmentation is quickly becoming a very popular procedure for hair line treatment or concealing baldness. The pigment is applied to the area of baldness to mimic short stubs of hair at skin level resulting in a look of denser hair at root level. It is a highly effective procedure especially for those with short hair. 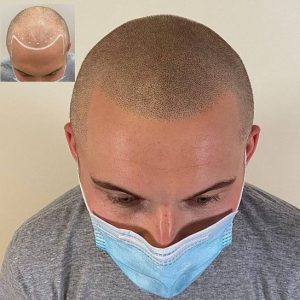 With a wide range of procedures available, many people could benefit.

Semi-permanent makeup is perfectly suited to those that wish to save time with their morning makeup routine or those with sporty and active lifestyles. Medical micropigmentation produces amazing results for scar removal, vitiligo and alopecia sufferers or those who have had chemotherapy for cancer and lost their eyelashes and eyebrows.

Whatever procedure you choose, it is always important to do your own research to find the best specialists available. Experience and knowledge are both important factors to consider, so please choose wisely to avoid costly removals or corrections.