Hey everyone. I’m going to be showing you how to do this fun fishtail french braid. So let’s go ahead and weekend.

So the first thing is to buy the hair and I’m going to put my part on the right side and make it a really deep side part just with the rating of it’s really far over. So then take a section of hair on the heavy side of the part and separated out. This is what we’re going to start the braids with. Then separate that into two halves. 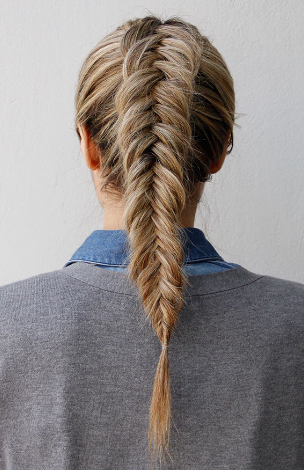 Next take some hair from the very far Edge and Crescent over the top and add it to the other side then do the same thing on the other side. So it’s the same for step as a fishtail braid sew a little piece from The Edge Crest it over and then slide in a new section of hair and this is what will give us that French braid effect. So again taking a section from The Strand Christina over and then bringing in a section of hair that lines up with that Strand and adding it in. 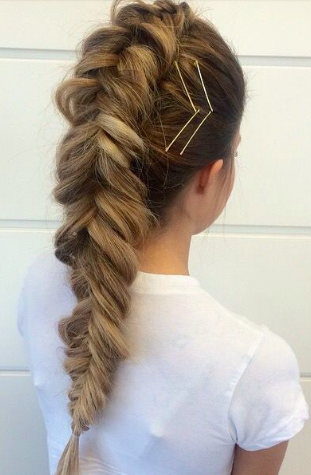 So the same thing again Christina over bringing in the Strand. We’re just going to do that same step all the way down and coarse the lower you get you’ll just start bringing here from around the other side of the head and it will create that kind of Austin turn sideways effect for the breed. 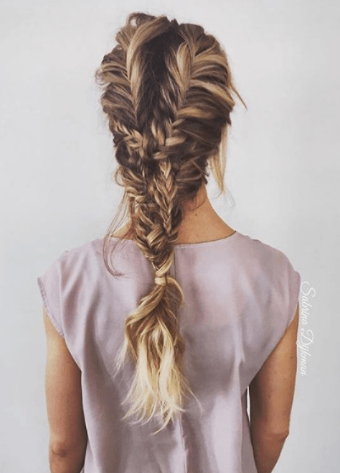 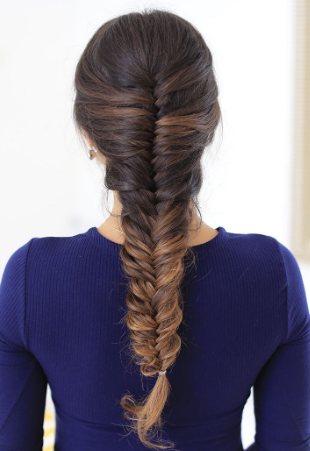